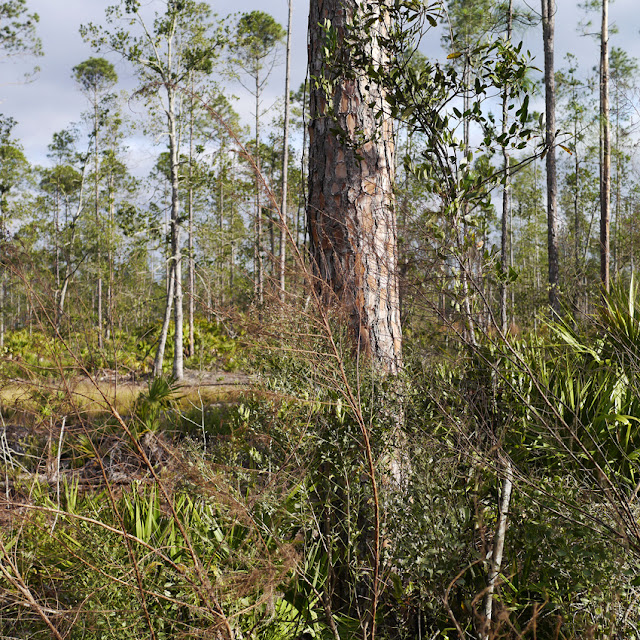 When I moved here, from Vermont, in 1993, I was dismayed at the lack of photogenic landscapes. Vermont is a true four season state, Autumn, Winter, mud season, and a brief warm spell in July. The land moves from a beautiful valley around Lake Champlain to the Green Mountains to the southern plains.

Florida seemed to me to be a flat, featureless, land with varying shades of green most of the year. We have four seasons too, sort of. A long and beautiful Spring running into a long and hot Summer, followed by a slow descent into a beautiful Autumn, followed by a cold spell in January. That cold is relative. We get a few frosts most years and some hard freezes every now and then, but never snow or ice.

It still is a flat terrain, but I have come to appreciate it. We have sandy soil, some would say sand with a tiny bit of soil in it. It either pours rain or is arid. We have no standing water even after a gully-washer (sand soil). The trees and plants here have to be able to go weeks, even months, without water and then be drenched for days on end. They are tough, straggly, thorny survivors a lot like the people who settled here before air conditioning.

So I don't have a lot of hills and valleys to work with like I used to in Vermont. This picture, of the edge of some pine woods in Nocatee is one I wouldn't have taken 3 years ago. Now I really love hte look and colors of my adopted home.
Posted by James Weekes at 5:06 PM